This is the Story of a few fabulous KPOH Rescue Kitties who need Cyber Sponsors...

"Our Mom & Dad won't let us have more pets", "Our apartment building doesn't allow animals", "My wife is allergic to cats", "My boyfriend is a dog person" or "My husband won't let me have more than three cats"...

Imagine, having all the kitties you ever wanted without EVER having to change a litterbox!  It's fur real folks, we're not hissing around...  Become a KPOH.org KITTY CYBER SPONSOR and fulfill your dreams of having all the kitties you have ever wanted be the boss of you!  We are all spayed/neutered and tested for FIV/FeVL. We receive appropriate vaccinations and are never over-vaccinated as sadly so many kitties are harmed by unnecessary yearly vaccinations. We, are always in the best vet hands when we become ill or require surgery/hospitalization. It's not our fault that we are special needs kitties, but we are purry happy here with our kitty friends and family and would like to continue thriving with proper feline nutrition and in kitty enrichment environments.

A few of us have compiled our hisstories below. The other kitties will get around to it once they are finished with their important cat stuff which includes, but is not limited to scratching, cat napping, purring, vomiting, making biscuits, batting things under the furniture, hissing and gold digging in the litterboxes. You can find many more photos & stories of us on our Facebook page and Instagram with over 5000 photos as Meow is a major pawparazzi enthusiast... (she's loves posting happy kitties). 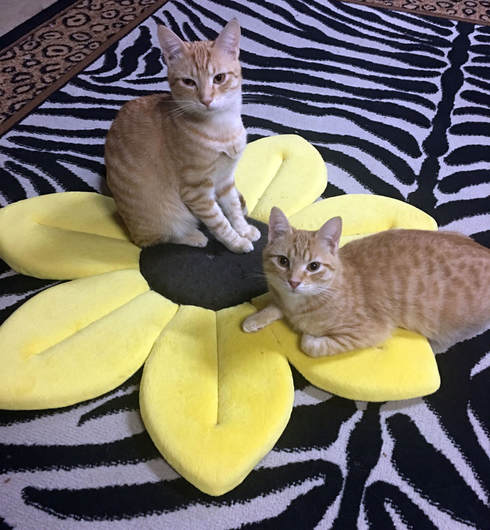 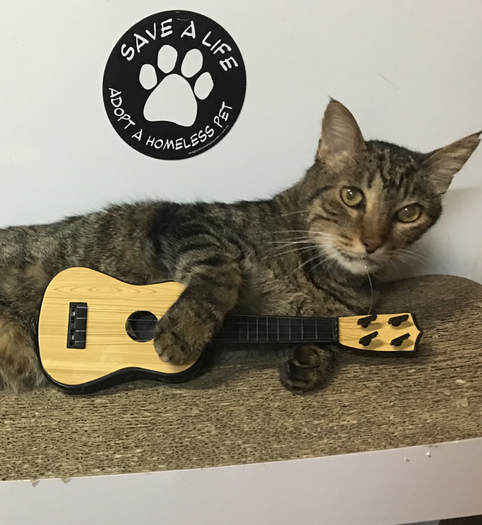 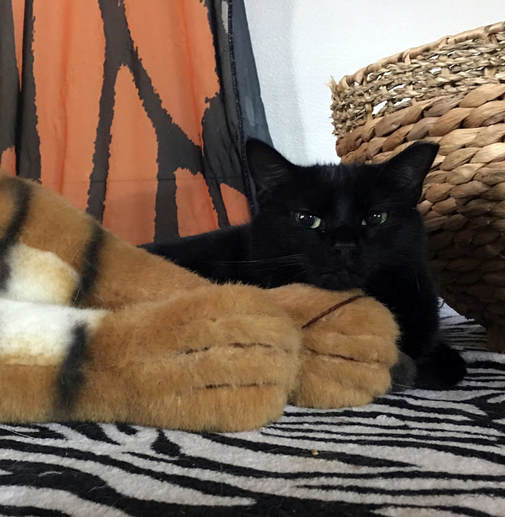 Click here to SPONSOR ME!  This is me, Petra! I am a very tiny, petite black kitty who is extremely feral. You see, I lived in the woods doing my best to survive with predators and the rest of the wildlife. Even though I was rescued and only five months old, I still didn't have the luxury of knowing that kindness could come from humans. My mom and family didn't either and we all did whatever we could to find something to eat, and to run away from danger as fast as we could. It's amazing how my life has changed! I was running a very high fever when I was rescued and it took several weeks for me to get better but there was no way the Meow Matriarch would just turn her back on me and "TNR" instead. I now live inside where it is safe, and I have other kitties to play with and protect me. The rest of my family didn't make it, but I did. I want all humans to know that they should be kinder to animals and not just dump us to take care of ourselves. We can't and it's not fair to do this to us. In honor of my family, please sponsor me so that I can continue to be loved, safe and cared for. It's the bestest feeling in the whole wide world! 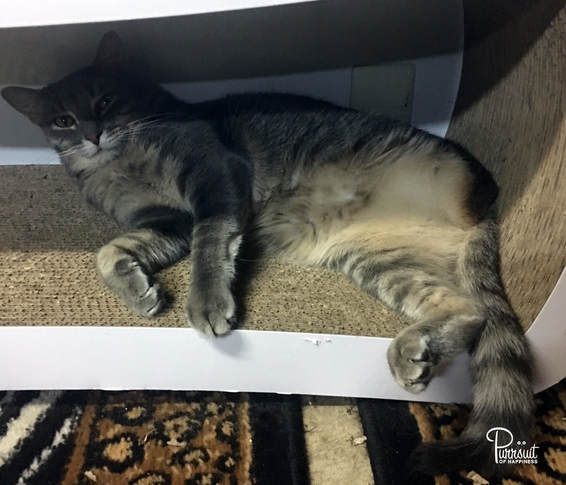 Click here to SPONSOR ME!  This is me, MERCEDES! However, I've renamed myself  "Meep". My life started out very sad. My mom, me and my sister were dumped in a parking lot. I was the only one to survive, but I almost didn't make it. I was so scared that I would run to the opposite side of the huge parking lot and hide. I was hungry, scared and all alone. The Meow Matriarch tried for weeks to get me, but I didn't know she was trying to help me. I kept running as far away as I could. Finally one day just before it snowed, I was so hungry and just wanted to rest, so I went into a trap. I didn't know. Suddenly, everything was covered and I was being carried away. It wasn't known that my leg was broken and my thigh bone was shooting out just above my knee. My leg was amputated and my uterus was accidentally ripped during surgery. I was in so much pain for a very long time. Meow was nice to me and took the best care of me until slowly I started to feel like my old self again (I was still a baby though). She did physical therapy on me with an Assisi Loop and I became better. Eventually I wasn't lonely anymore because I got to join the rest of the KPOH kitties. I do everything they can do! I am even a celebrity not only on Facebook, Instagram and Twitter, but I was also on television on Great Day SA! And to think, that I was once out there fighting for my life and dying....
​
MERCEDES'S SPONSOR HEROES ARE:
*  Gaylene Ellis                 *  need a hero                  *  need a hero
*  need a hero                  *  need a hero                   *  need a hero 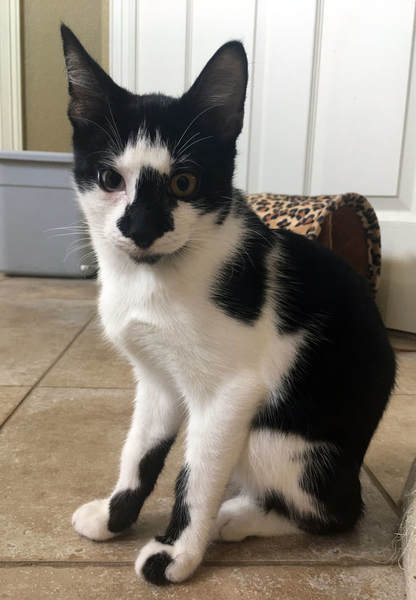 Click here to SPONSOR ME!  This is me, BRAYDEN! I'm a very handsome, young gentleman if I do say so myself! I am the older brother to Brianna and Braxton and my right eyelid was injured when I was a baby so some people think this is an impurrfection. It's sad, because it wasn't my fault. It's not easy being a baby surviving outdoors and my family almost didn't make it. My sisters and I would climb up into vehicles for safety and shelter. We burned our whiskers off but they are growing back. We didn't know that it was dangerous, there was no other place that covered us from the elements.

One day, Brianna and I were so hungry that as soon as we smelled yummy food, we walked right up to it without knowing... our lives were being saved and were going to be changed forever! We were going to make it! We were so excited and it was so nice to have a bath and get all fleas and dirt of me. I even had something called a bed which was super comfy and even "toys". They are so much fun! I still live with my sisters at KPOH's sanctuary and it would mean so much if you can care about me and become a sponsor hero. I promise I will blow cyber kisses daily along with a wink of my good eye! 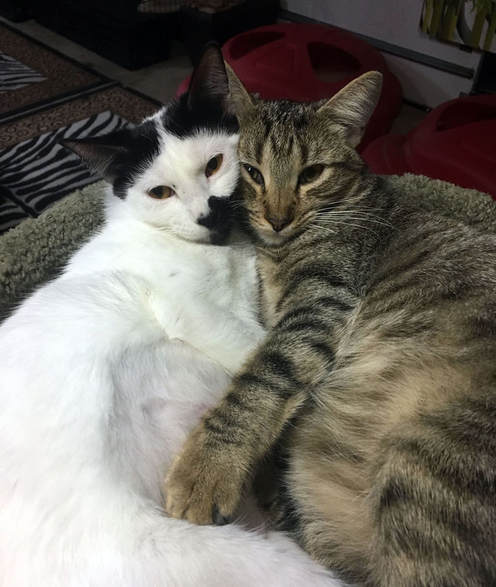 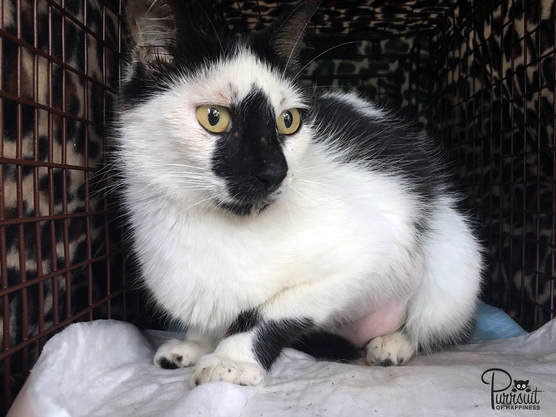 Click here to SPONSOR ME!  This is me, DALLAS! My life is still very sad. Brayden, Braxton & Brianna are my latest babies, but I  am in one of the colonies that KPOH drives to everyday to care of. I have been neglected by people for years and have had many kittens perish as a result. When the Meow Matriarch saw me, I was immediately trapped to be spayed and released back to my babies.  Luckily, she kept a close eye on me and didn't let my family down and was able to get them to safety once they were old enough to be found and were seen crawling up into vehicles. I am now fed everyday because the yard that I had my babies in, wouldn't even give me food.  In fact, they insist that I cross the road to make it to an area where I will be fed by Meow and promised daily to hang in there while they are working hard to make a better life for me and so many that are here with me. I'm keeping my paws crossed.... 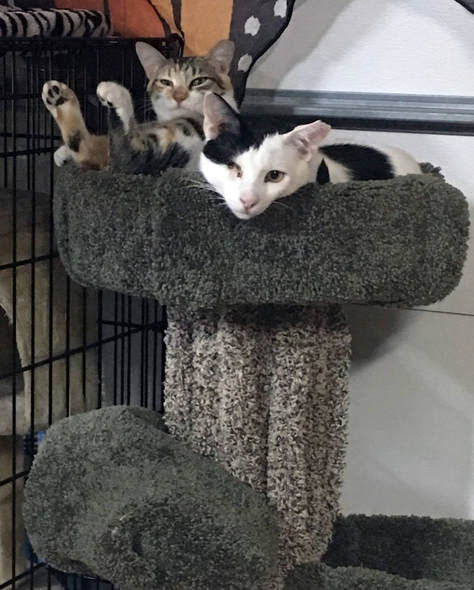 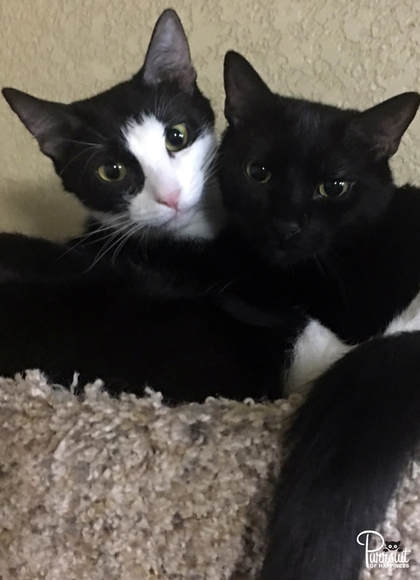 Click here to SPONSOR US!  This is us, SMITH (right) & Wesson (left)!  Together, we are the perfect love arsenal! My brother Wesson, Zorro, my Mom and I all came to KPOH a couple of years ago as my mom Rio was just a tiny kitty herself trying to take care of all of us at an apartment building where we weren't wanted. Infact, when my mom would try to get some food there was a mean lady who would hit her with a broom. She even did that to us while she yelled at us to go away. What did we do wrong? My mom was only trying to take care of us the best she could. Help finally came when the Meow Matriarch rescued us. My whole family was saved and we are treated so nice! We have a soft bed to all sleep together, food for my mom because we were still nursing. We were never mistreated again. However, Zorro was the only one out of our family who has been adopted. I purrfur not to be picked up nor petted, but Wesson is very loving and likes the attention. We love playing with all the kitties in the jungle sanctuary and still get an occasional swat from our mom!