A Few of Our Volunteer Kitty Super Heroes 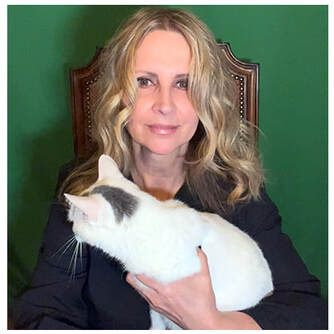 Founder/President: The Meow Matriarch There once was a little girl who loved animals, especially kitties. Unlike most children, she preferred eating vegetables and fussed & cried when she was forced to eat meat. She would rather play with kitties, puppies, and chickens then dolls and barbies. She would take kitties everywhere with her and tried very hard to give them rides on her swing and doll stroller. Much to her dismay, the kitties would jump out and try to run away. Shelley didn't realize that catching them would train her for rescuing on a much larger scale later in life. As a multipotentialite, she was destined to become an Animal Reiki Practitioner, Functional Medicine Nutritionist/vegan which to her, was more rewarding than her corporate, entrepreneurial, Author and other medical accolades. She felt that it was wrong to hurt and kill her friends and be forced to eat them and promotes a healthy plant-based protein diet! She would often bring in stray kitties and sneak them under her blankets at nap time.  Shelley did not know the difference between wild nor tame as all animals were gentle with her. This little girl vowed that when she grew up that she would help all the animals in the world be happy, safe, loved, fed and made all better. This little girl grew up to become the Meow Matriarch and does all she can to end the needless suffering of animals. 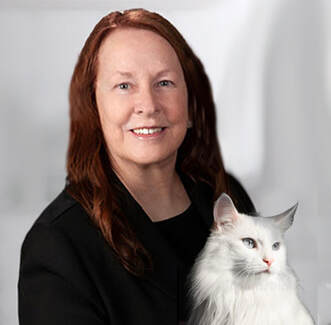 Executive Director: Dr. Judy Jarecki-Black, Esq is a doctor of medicine, holds a PhD and is a research scientist.  She is an experienced Intellectual Property attorney with over twenty years of experience, including in both private and corporate practice.  As the Head of Intellectual Property for Merial Limited (now Boehringer-Ingelheim Animal Health), for 18 years she headed an IP department responsible for developing and implementing a global patent strategy as well as conducting patent prosecution and patent litigation activities both in the US and other countries. Dr. Jarecki-Black  received a Ph.D. in Molecular and Cellular Biology & Pathobiology from the Medical University of South Carolina and worked developing human and animal vaccines against infectious diseases, including the recombinant Lyme (OspA) vaccine. Developing a commercial vaccine  stimulated her interest in patent law and she received a Juris Doctorate from Georgia State University College of Law.  Dr. Jarecki-Black is admitted to practice before the US Patent and Trademark Office as well as state courts in South Carolina and Georgia.  Further, she is admitted to several federal courts, including the United States Supreme Court. Dr. Jarecki-Black has authored twenty-four peer-reviewed publications and over 80 abstracts and presentations. but always makes time to help and even take in many unfortunate animals to her heart and home. She is owned by several kitties and adored by many species. 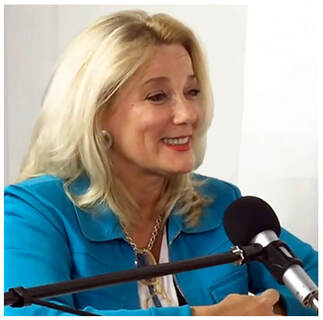 Board Chair: Nancy C. Everitt, B.S, M.B.A, is a serial entrepreneur and the Founder and CEO of HEOPS, Inc. based in Nashville, TN. With over 30 years of experience in both the healthcare provider and payor arenas, Nancy is recognized as a thought leader in helping to create access to healthcare. She annually chairs a national Medicaid Managed Care Conference with a focus on healthcare innovation.  Nancy has also worked in a senior capacity for Fortune 500 companies and serves as CEO of the CENTIPEDE Health Network which is the first national home and community based services provider network designed to help people age in their own homes. Mentoring emerging leaders and entrepreneurs is one of Nancy's greatest passions. She is an active Angel Investor and also serves on the Board of Nashville Capital Network and a founding member of the Arkansas State University Women’s Business Leadership Center Founder’s Circle and a past Board member of Arkansas State University Foundation. In her spare time, you can find Nancy giving belly rubs and scritches to her eight rescue kitties! 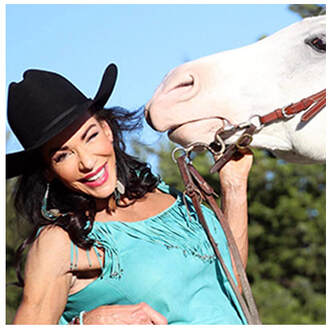 ​Board Member: Catherine Zidell is a retired flight attendant from SouthWest Airlines turned NASM certified personal trainer. She has been competing for 27 years and at 67 years-young, is an IFBB Professional in the Women's Physique Division, as well as being an expert judge at many fitness competitions! When Catherine isn't at the gym, she spends time with her Arabian horses, riding and showing in dressage. Memberships include AHA and USEF. Catherine also has an extensive background in nutrition and sport therapy. She also cares for elderly family members in hospice, loves being involved in animal charity work and rescuing, but spends the majority of her time trying to convince herself that she is not being bossed around by her two senior kitties., Mickey and Buddy!